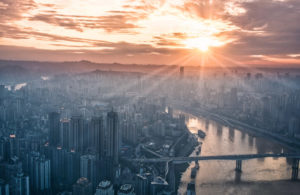 IPA – A New Perspective on the Refreshing Brew You Know

This blog looks at why and how economic substance legislation provides for an environment of growth, while cooperating with international standards.

The Cayman Islands Economic Substance Law (ES Law), which came into force on 1 January 2019, was enacted as a result of Cayman’s collaboration with the Organization for Economic Cooperation and Development (OECD) and the international community to address the issue of harmful tax practices.

What is economic substance?

Economic substance refers to the requirement for companies to have substantial business activities in a particular jurisdiction.

The concept of economic substance is by no means a new one – in fact, it has been around for decades. Dating back to 1998, the OECD produced a report examining harmful tax practices and how to assess them. It was in this report that a substantial activities requirement was first set out, however at the time it did not apply to ‘no or nominal tax jurisdictions’ (such as the Cayman Islands). Initially the application was only to those member countries that had two rates of tax – a regular rate of tax and a preferential rate of tax. One such example is Ireland, which under this requirement could only offer their preferential tax rate to geographically mobile companies who were doing their work within Ireland (in other words, those companies who had economic substance within Ireland).

Fast forward 20 years to 2018, which is when the OECD member countries agreed to apply the substantial activities factor to no or only nominal tax jurisdictions, including Cayman. Now, multinational enterprises (those companies or groups of companies with operations in two or more countries) with geographically mobile activities must have economic substance in Cayman.

So how do we know whether a company has economic substance?

For ease of memory, but at the risk of oversimplification, this can be explained as “IPA”, like the beer.

IPA is a helpful acronym to summarise the concept of economic substance: Income, People and Activities, all of which must be within the jurisdiction to qualify for economic substance. In other words, the Activities generating the company’s Income must be performed by People physically present within the country. For this purpose, ‘People’ includes the persons who direct and manage the company and also its employees who perform its core income generating activities in the Islands or, alternatively, its agents who do so in the Islands since domestic outsourcing is permitted.

Cayman has over 110,000 companies that are required to notify the Department for International Tax Cooperation (DITC) of their classification for the purposes of the ES Law. They are ‘in-scope’ for the ES Law if they are ‘relevant entities’ carrying on any one or more of nine types of ‘relevant activities’, namely banking, distribution and service centre, financing and leasing, fund management, headquarters, holding company, insurance, intellectual property, and shipping businesses. Being ‘in-scope’ means that they must satisfy the economic substance test – in terms of ‘IPA’ – with respect to their relevant activities and must submit annual reports to the DITC.

There are three important exceptions that have been agreed by the international community, namely domestic companies, investment funds, and those entities that are tax resident in another jurisdiction; i.e. these entities are not relevant entities.

To understand economic substance more fully, we would also need to look at the bigger picture: the OECD’s Base Erosion and Profit Shifting Project.

Base Erosion and Profit Shifting

While this is a global issue, the practice affects developing nations disproportionately as they tend to have a greater dependence on revenue gained from corporate income tax. According to the OECD, up to US$240 billion in revenue is lost annually by countries affected by BEPS practices.

In response, the OECD/G20 Inclusive Framework on BEPS brings together over 130 countries and jurisdictions (including the Cayman Islands) to agree and implement measures that are designed to address the issue of tax avoidance and to ensure more transparent tax processes globally. In doing so, the BEPS Project seeks to create a ‘level playing field’ between jurisdictions regarding taxation.

One such measure that has been agreed by the international community centres around the concept of economic substance.

How does economic substance impact Cayman?

The Cayman Islands has always been proud of our long history of transparency and proactive international engagement. A major benefit of Cayman being a member of the OECD is that we are provided with the opportunity for our perspective to be heard by the international community. This perspective, and that of other member jurisdictions, allows a consensus to be reached on how all member countries will address issues such as BEPS.

At the end of the day, economic substance is a positive development for Cayman and other jurisdictions that have also agreed to this framework. Boiled down to its most basic requirements, it provides for an environment of growth locally as it will drive foreign direct investment into the Islands, for example in the form of increased employment and investments in office space. Remember the IPA example – a company must now ensure that the activities generating its income are performed by people physically present within Cayman.

The way forward may be different from what we are used to, and difficult decisions must be made by companies to ensure they remain in compliance, however it is this international cooperation upon which Cayman has long built our success as a good global citizen and as a leading international financial centre.

Further information on the ES Law is available here.